I’ve recently been asked to contribute to IdeasTapMag. I enjoy writing, but don’t always allow myself the time to indulge. Here’s my first piece for them:

If you enjoy, disagree or just want to add your opinion please do… or simply share it.. thanks

It’s a year since I experienced one of the greatest days of my life and performed at the London 2012 Ceremonies.

I vividly remember every detail, from the months and months of dance preparation to the first moment my fellow volunteers and myself walked into the stadium surrounded by a thousands of excited spectators! 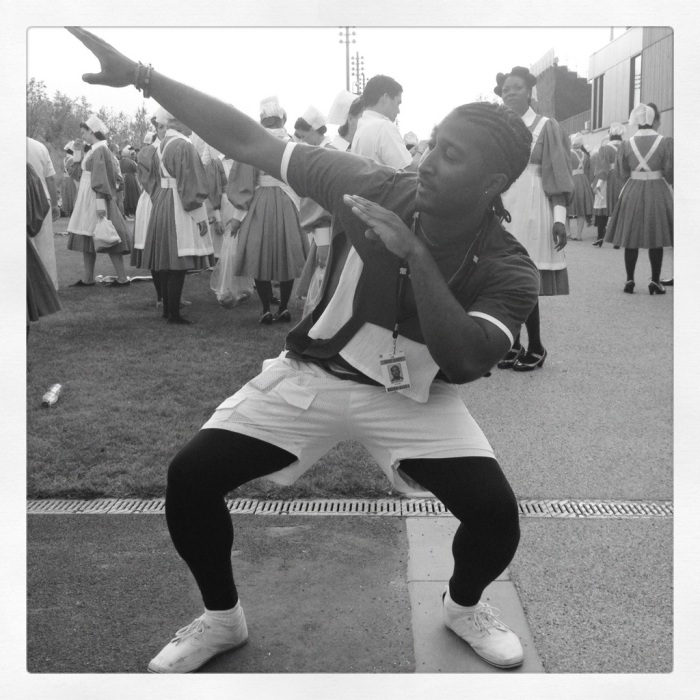 The weeks of training culminated in just 15 minutes of performance time!

I never could have imagined that little old me would be dancing away in front of her Royal Highness, 007 and almost 2 billion TV viewers!

And after the performance there was the after-party! The least said about that the better, but from all accounts it was brilliant!! 🙂

As for my working relationship with the London 2012 Games, I’d been living with them since the capital won the bid back in 2005. Working for BBC London, I facilitated the production of community stories for TV and radio, presented a series where I competed alongside olympic and paralympic athletes, managed online radio stations, gave a speech on the Olympic Spirit for TedXYouth and also managed a directing credit alongside legend, Jon Plowman on BBC’s comedy series, Twenty Twelve – so all in all a pretty amazing seven years! 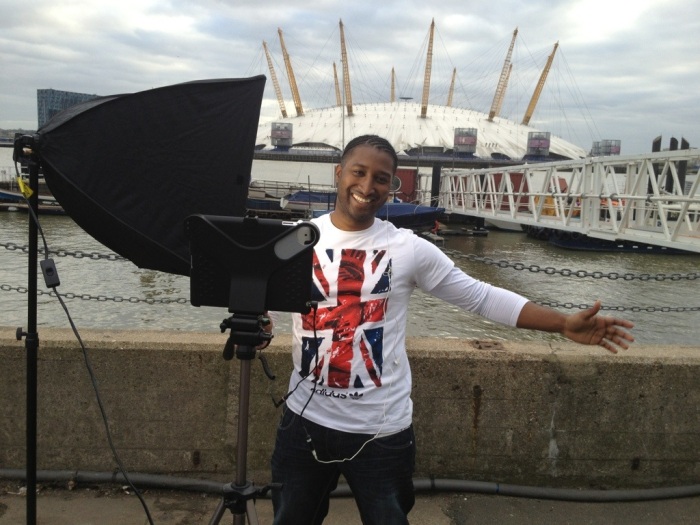 <a
(That’s me preparing for my TedXYouth speech)

So 12 months on and and what now? Well for me I bid farewell to the BBC at the end of last year after 10 years of what I consider a good career! After some much needed time away, I’m finally ready to move forward and carve out a new career (hopefully in the media) Any offers of work will now be looked on seriously 😉

As for east London, it’s been difficult to see where exactly the Games have really made a significant impact. Yes there’s a stadium and new Queen Elisabeth park, but neither is open to the public yet. (Just over six hours to go when writing this) Westfield’s Stratford city shopping centre seems to be the only clear winner at the moment.

Yes we’ve had the odd festival in the park, but they really could have been anywhere…

Housing is one of the legacy (not sure I still like that word) plans that I think everyone is eagerly anticipating, but from the little news that’s been released into the public domain it would appear that any benefits for working Londoners is some way off!

As for athletics, it was a great Games – both the Olympics and Paralympics truly inspired generations, but with news stories of funding cuts every other month, it’s hard to believe Team GB or Paralympics GB will have a similar medal haul in any future Games without a reconsideration of how grass root and elite sport is funded. But we wait and see.

I’m just touching on a few of the issues that are lingering about at the moment. No doubt that these will all be forgotten as we relive the glory this weekend with the British Athletics Sainsbury’s Anniversary Games. I guess the real future can wait for two more days as we enjoy the likes of Usain Bolt and Jessica Ennis-Hill on our screens again! 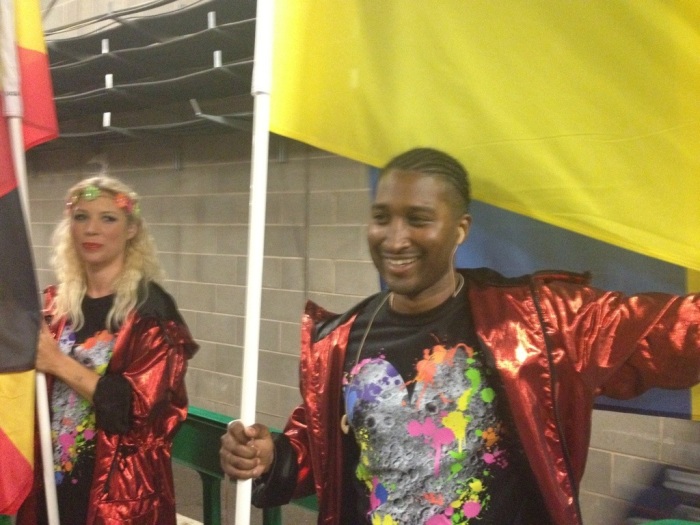 <a
(Carrying the Ukrainian flag at the Paralympics closing ceremony)

So couch surfing… For those that don’t know – you better get to know! As I once said in my youth. It’s the future (I know it’s been around for ages – check this out link), but I never really understood or appreciated its benefits. It’s the ability to go away and have a ready made friend/acquaintance structure in place. Set up to help travellers not feel so lonely and provide a comfortable couch with ready made local guides – couch surfing should only be celebrated. Politicians and governments take note! Your people enjoy the company of other cultures and want to know more about the places in the world- quit being so short-sighted and couch surf!

So couch surfing. Before I left I signed up to the website and sent a few requests out – not asking for a couch, but more to meet local people and others that had trodden the path I was about to… Searching on the website I was immediately presented with numerous options about where to go… Where to meet etc.. I decided on a couch surfing meeting that was scheduled for the day I arrived… No need to waste time!

So after lunch, a nap, a shower and one last look at my huge bed (see pic) I ventured from the perceived safety of my hotel (don’t worry I do embrace the travelling way later on) to a bar I’d never heard of, in a city I’d never been to, to meet people that didn’t know me from Adam!

After the obligatory getting lost phase of my journey I arrived at the plush Milion bar ( check it out). I was greeted by some stares, some smiles, and then a voice that welcomed me into the fold! At least seventy CS members had turned up, either alone, or with friends they’d made on the way. I talked and talked, exchanged stories, laughed, gasped, and in the end decided that I’d had one of the best 4/5 hour experiences in my life… Profound but true!

I met travellers, architects, language students (loads of these), graphic designers, you name it they were there. All gathered with no animosity, no chips on shoulders, just people coming together to share cultures and experiences! I absolutely loved it!

Unfortunately home beckoned after it reached 3am, but not to fear I’d organised a tour of Buenos Aires with a fellow surfer… Can’t wait! 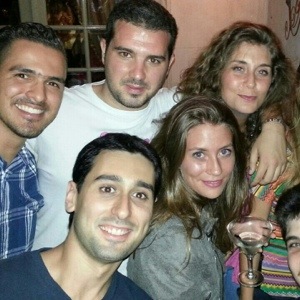 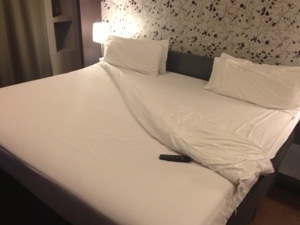